7 ineffective habits of scientists who communicate with public audiences

I wasn't surprised when one scientist decided to pick my brain about his own presentations this weekend, while we were both at the annual meeting of the American Association for the Advancement of Science in Boston--that happens a lot when you tell people you're a speaker coach who does a lot of work with scientists. But I was surprised by his question. "I've heard a lot about what I should do," he said. "But what should I stop doing?" he wanted to know. He didn't need to ask me twice: I recognized the rare chance to help a self-aware speaker. I gave him my take on the 7 ineffective habits scientists fall into when presenting to non-scientists, all tactics I hope you'll choose to lose: 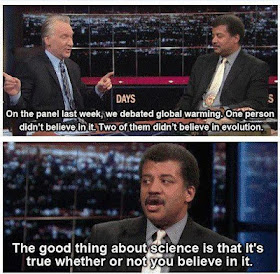 It's always fun for me to attend the AAAS meeting, having served as its director of communications and as a consultant and trainer as well. I've trained and coached scientists in all disciplines in effective public communications, presentation and public speaking skills for a wide variety of research organizations, from universities and scientific societies to government agencies and research fellowship programs and the TEDMED conference. My own background in working with thousands of scientists gives me a unique approach to their communications training. Can I customize a training session for scientists at your institution or coach you as an individual? Email me at eloquentwoman[at]gmail[dot]com.

I'm offering a new workshop on women and public speaking. Be The Eloquent Woman will take place in Washington, DC, on Feb. 28, and in Oxford, UK, on April 2, 2014. The day-long workshop will help you build confidence and competence as a speaker, and help you subvert the expectations that many women face when they speak. Please join me for these unique professional development sessions!
eloquentwoman at Tuesday, February 19, 2013
Share

I've disabled comments for this blog, due to spam and nuisance comments proliferating. Please join the discussion on the many other sites where this blog appears, including Facebook, Twitter, Pinterest and Google+.